It was revealed this week that the Canada Mortgage and Housing Corporation is trying to keep tabs on foreign money in Canada’s residential real estate market.

The national housing agency has come under fire in recent years for a conspicuous lack of reliable data about the money coming from abroad and how it may be contributing to soaring home prices in cities like Vancouver and Toronto.

Our neighbours to the south, for example, keep detailed records of who is buying what and for how much.

Part of the problem has been defining exactly who qualifies as a foreign buyer, and figuring out what it all means in the bigger picture.

Canada is not alone, however.

Countries around the world have tried to make home ownership more affordable with an assortment of different approaches. Some seem to work, others … not so much.

The following is hardly an exhaustive list, but it provides a glimpse into the options Canada might consider down the road: 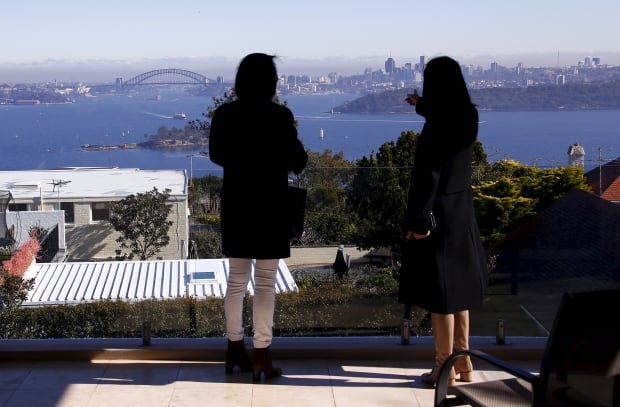 Australia has tried to increase affordability in cities like Sydney and Melbourne by introducing steep fines for buyers, realtors and companies who break new rules on foreign real estate investment. (David Gray/Reuters)

Foreign real estate ownership is a hot-button political issue Down Under and the Australian government has gone to great lengths to curb it.

Generally, buyers from outside the country are limited to newly constructed houses and apartments, and the Foreign Investment Review Board — which yields broad power over money flowing into Australia — acts as gatekeeper. It costs $5,000 just for the right to make an offer on a place costing up to $1 million, and $10,000 for each subsequent million-dollar leap in purchase price.

Foreigners who buy vacant residential land have to build on it within two years.

Australia has stepped up enforcement with a crackdown that began in earnest last year. Foreign investors shown to have broken the rules can face up to three years in jail or a fine of $127,500. Individual real estate agents who help a foreign buyer circumvent the system can be fined up to $42,500, while companies could be hit with a $212,500 fine.

As of January, the government says it forced the sale of 27 homes bought illegally, including a $39-million Sydney mansion previously owned by a Chinese real estate firm. More than 1,300 property sales have been investigated, according to Reuters.

Australia also forces foreign investors to register purchases with the federal government, part of an effort to gather and analyze an extensive data set on the issue.

Canadian critics of foreign ownership sometimes hail Australia as a model for policies that can be applied here at home, but there’s much debate over that sentiment. 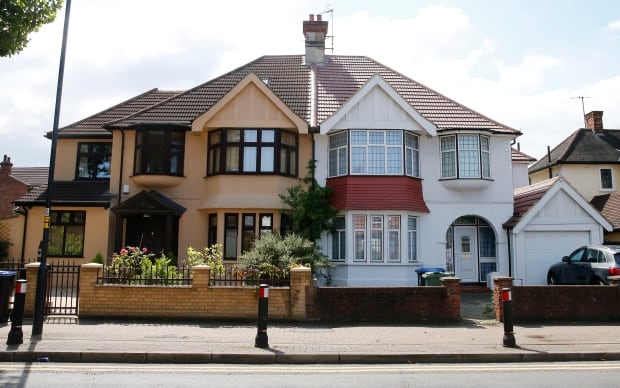 Lawmakers in the U.K. responded to public anger over ballooning home prices, particularly in London, with a considerable capital gains tax.

The move was intended to level the playing field between overseas real estate owners and residents of the U.K., who usually pay a capital gains tax of 18 or 28 per cent, depending on their income, on the sale of a residential property that is not their primary home.

As of April 6, 2015, the taxman takes up to 28 per cent at the point of sale on foreign-owned residential property.

The capital gains tax for overseas owners was introduced shortly after the government took steps to cool sales of luxury homes by boosting the stamp duty — a progressive tax paid on most residential properties in the U.K. — for homes valued at more than 1 million pounds, or about $1.9 million.

The municipalities surrounding London also have the option to levy their own taxes on home sales. 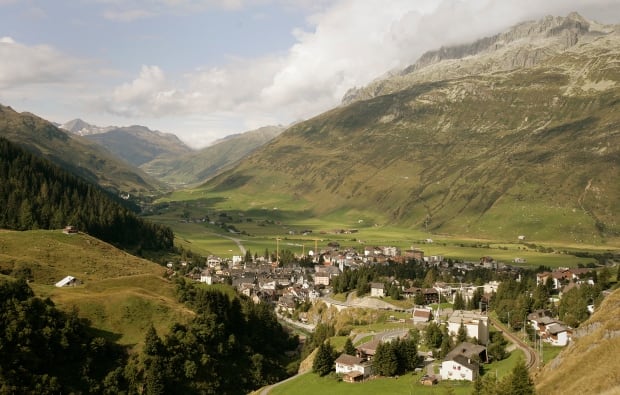 The Swiss alpine resort town of Andermatt is among just a handful places in the country where foreign ownership of real estate is not limited by strict rules. Here, even small flats can sell for millions. (Michael Buholzer/Reuters)

The Swiss are serious about strict rules on foreign home buyers.

Each year, the government assigns quotas to the country’s 26 cantons, limiting the number of residential properties that can be sold to foreigners.

The cantons have far-reaching authority to impose further restrictions. For example, they can limit out-of-country buyers to real estate that is already foreign-owned or forbid foreigners from selling a property for a fixed period of time, sometimes up to a decade.

And deep-pocketed foreigners looking to build a mountain fortress should think again, as special permits are needed to build a home larger than 1,000 square metres. 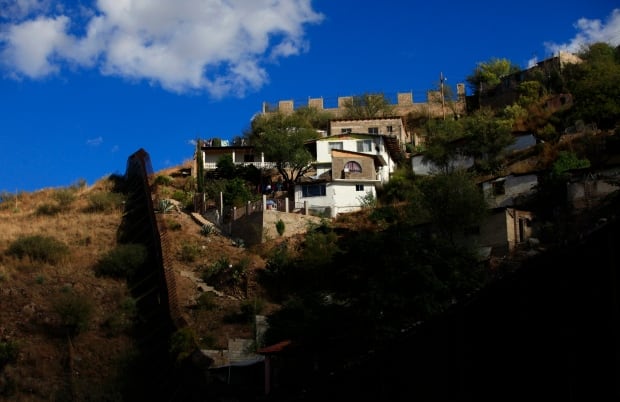 The city of Nogales, Mexico, lies within the “restricted zone,” which may soon become obsolete as some politicians push for fewer restrictions on foreign ownership of real estate in coastal areas. (Eric Thayer/Reuters)

Mexico has a fairly novel approach to limiting home ownership by foreigners in areas where much of its prime real estate is found.

While foreigners can buy land and property throughout the interior of the country, a constitutional provision prevents them purchasing property in the “restricted zone.” This area is defined as the land 100 kilometres from Mexico’s borders, and 50 kilometres inland from its coasts.

The Mexican government is currently considering an amendment that would end this limitation, but it has yet to pass the upper house.

But fret not, beach bums. There’s a way to bypass the restrictions called the fideicomiso — an agreement in which a Mexican bank holds the property deed in trust for the buyer. 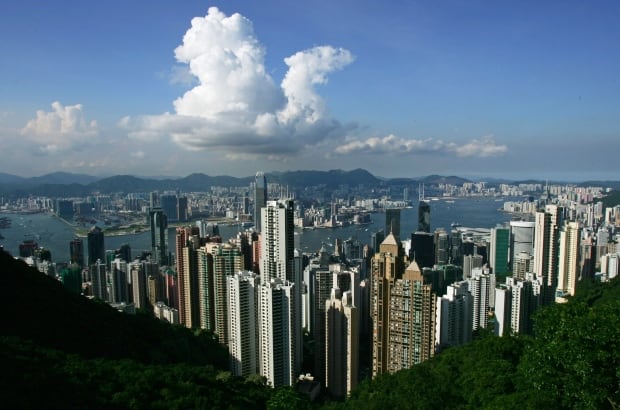 Hong Kong has tried, but largely failed, to rein in housing prices in the city. (Bobby Yip/Reuters)

While Hong Kong is part of China, its housing market stands apart. In fact, it is consistently ranked the most expensive market in the world.

The median price of a Hong Kong home is about 19 times the median income of its citizens.

The government has responded with a 15-per-cent surcharge on homes purchased by non-permanent residents.

And in 2012, the city announced the establishment of areas with new dwellings that can only be sold to permanent residents of Hong Kong for the next 30 years.

There are only several thousand of these units, though, so in a city of more than seven million people, the policy is not expected to have much of an impact.